Enhancements done are as follows: -

Job task no. defined here, is the default job task no. added to the general journal to allow posting of it with the job no.

Enhancement - Revenue Recognition - Over and Under Billings

Added two new fields in job posting groups as below:

Added a Boolean on the batch as “Create Over/Under Billings” 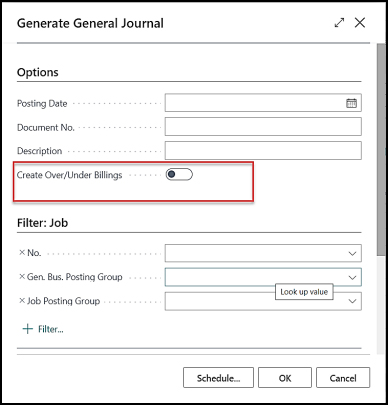 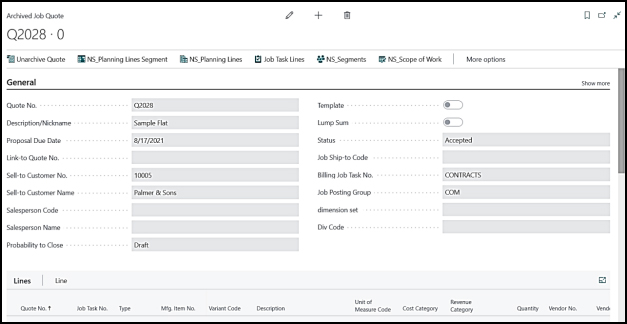 Changes made in the Human Resource setup page where caption changed for following fields: 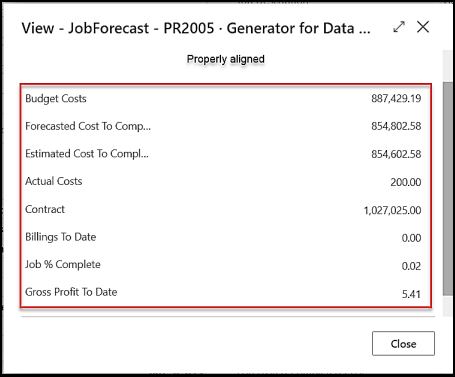 Resolved where Burden double for job cards that had the LINE TYPE “both budget and billable” turned on.

Correction down. Now, progress payment calculating correctly after the fix.

Earlier, at Job Quote when going to the customer card and looking for their Contacts, list of all the contacts present in the system showed up and not filtering it on the basis of customer. 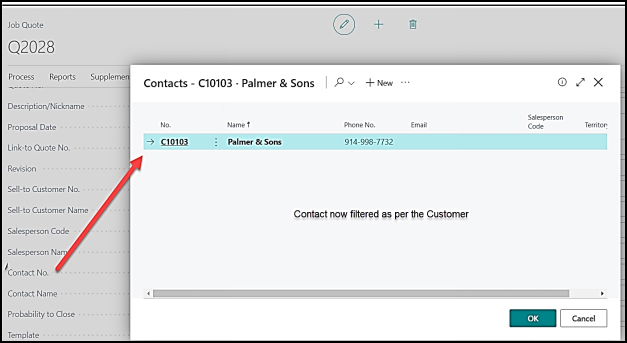 While running the Percentage of Completion by Dimension Updated

Updated warehouse employees internal movement, system is updated even after user seutp as a Wardrobe employee

On Job card under the fast-tab Contact list, under this we have field Type having Data type Option, converted it to Enum to be able to add below values in it.

Addition of the fields below as options under Job contact type: -

Fixed the issue where Job Retention % was not flowing from the Job Card to the Sales Invoice.