New Feature - Forecast by activity code only. Sum the task lines according to the Activity code.

If we select the “Job Forecast by Task Total”, then the Task Lines will be pulled on the basis of “Task Totals”.

now value can be calculated as per the Job No. filter. 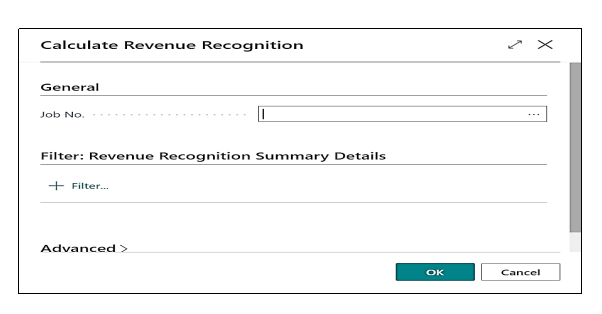 Before the Enhancement, there were two fields on the Job Setup, under the General tab.

Both these options are now removed.

Enhancement - 2 "Description" Fields on Job Card are replicating each other.

there were two Description fields on the Job card under the General tab and 1 has been made hidden now, there is no duplicity now.

NOTE: The user must post a negative entry to make the wrong posting “0”.

Whenever the user changes the “Work UOM”, the system will check if the quantity is “0” for the “Task” or “Planning Line” in the “Job Ledger Entry”.

Enhancement - Draw No. on Posted "Purchase Invoice" should be Editable.

In the “Job Material Planning” “Resource” purchase process, when the user was clicking on the purchase action on the Job Material Planning Purchase Res. G/L with no entry and goes back to the JMP Worksheet then a blank resource entry gets created on the same, now this has been Fixed.

The “Billings to Date” column was adding the values after posting the “Sales Credit Memo” in “Revenue Recognition”, this has been fixed now.

As per this Enhancement “ProjectPro KPI” field from “Job Setup” has been removed now.

The Bug has been fixed, now for the “Time & Material” job, whenever we change the Line type to Billable, a pop-up will come to show “Apply Usage link will be set False”.

Also, after “Posting” through the Job journal & Purchase Invoice, Billable lines are now created in the Job Planning Line.

Hot Fix - JFW has Job Task No. that are not associated with the job.

Earlier the “Job Task” number was added randomly to the “Job Forecast Worksheet” that was not the part of the “Job”, and due to this user was not able to post until they are manually deleted, the issue is fixed now.

Earlier we were not able to fetch multiple “Planning Lines” in the “Job Quote” line,

But now, through the “Get Planning Line” this has been made possible.

The Payroll Journal Interface Action button was not showing on ProjectPro Manager Role Centre page, this has been fixed now.