New Feature - A batch job for Posting JFW for all jobs within a Date Range. 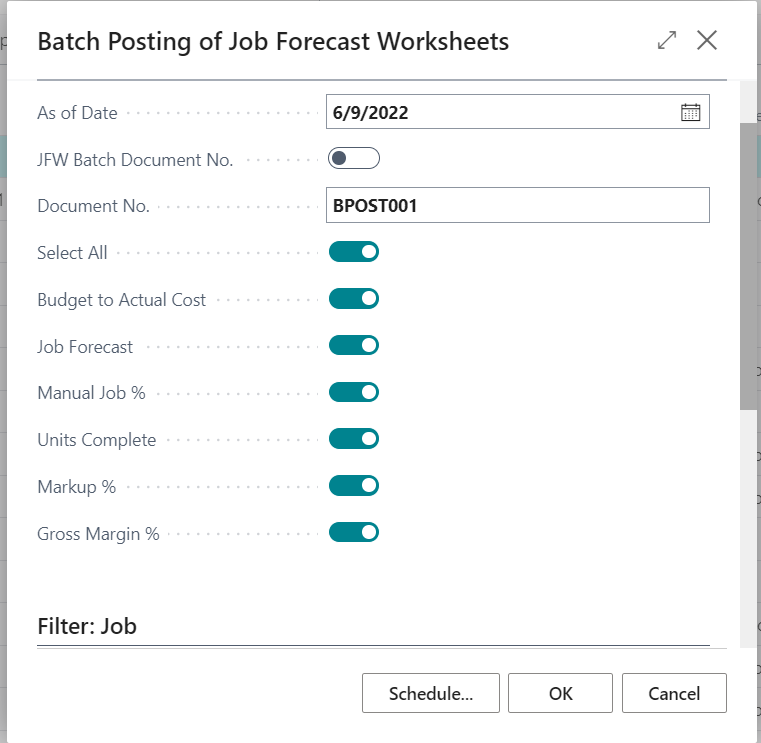 As per the enhancement done now, the issue is not occurring with “Budgeted Costs” spread over “Planning Line Dates” into the future. 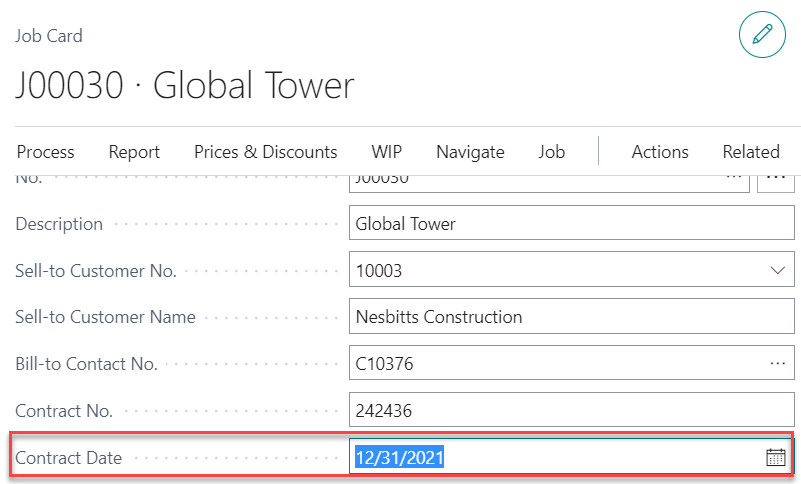 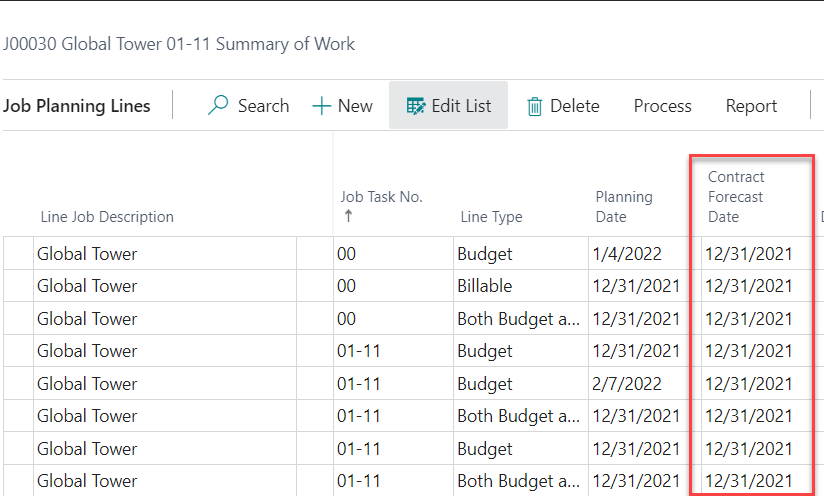 The Work Retention % gets reduced from 10% to 5% in this case, so by selecting the Retention Reduction Invoice Boolean, user can post the retention release. 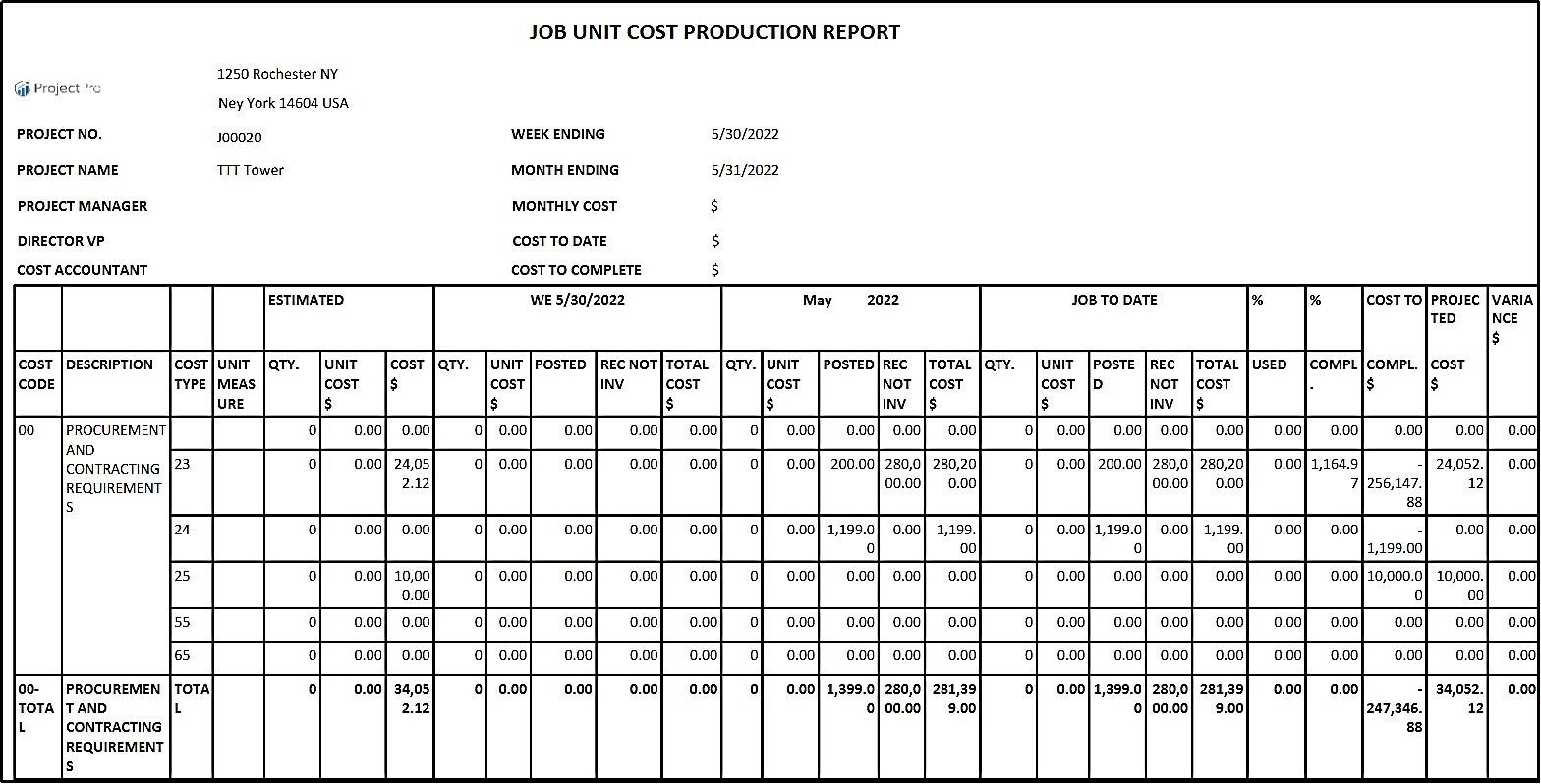 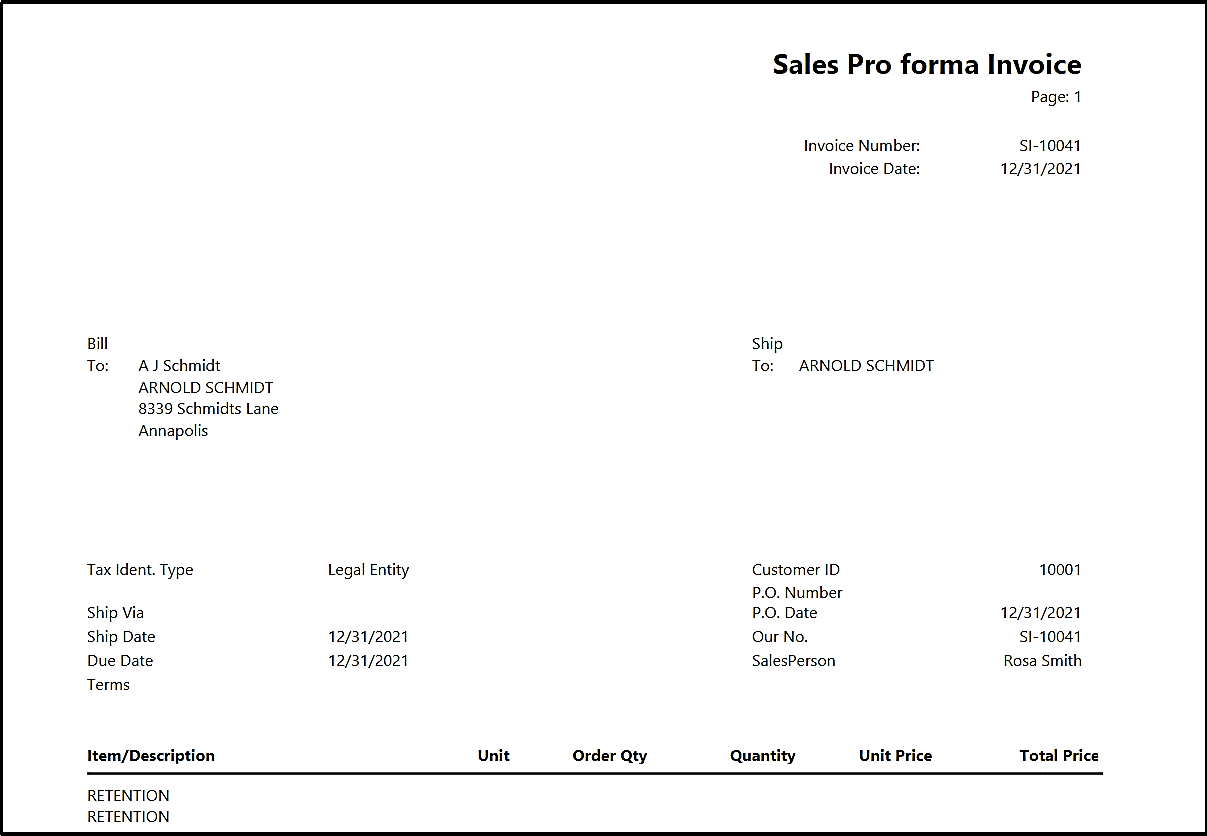 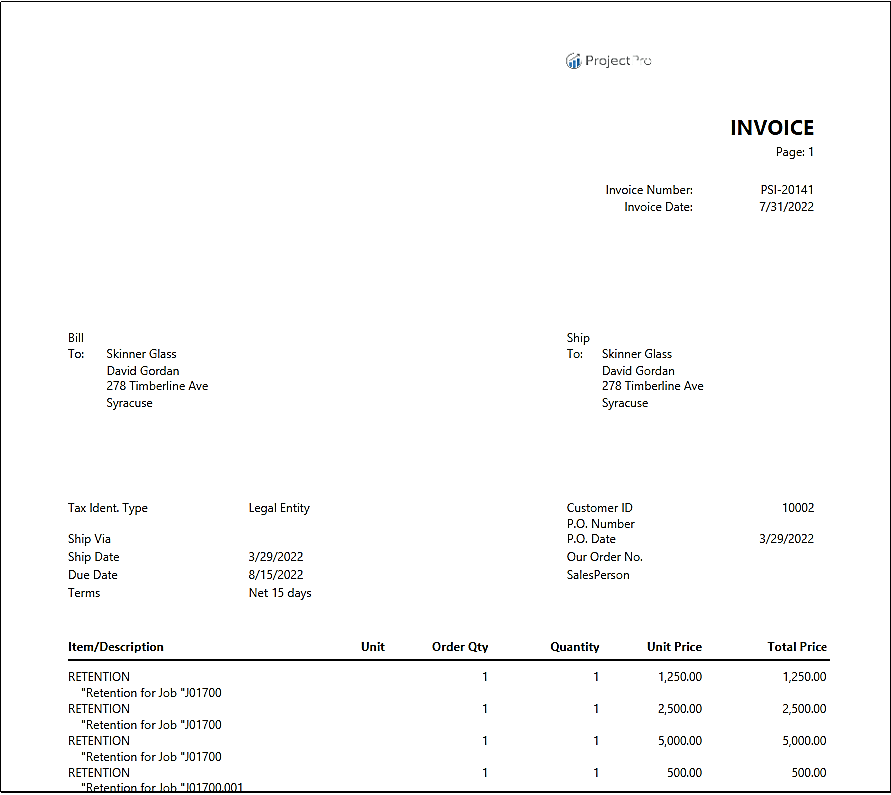 Enhancement has been done, to include a new field “Posted Sales Invoice No.” on the Progress Billing page.

Task - ProjectPro Copy Job Task "From" and "To" are reversed - wrong fields are filled in.

Earlier when we were copying the Job Tasks by the Option ProjectPro Copy Job Task “From” and “To”, The “Job No.” were filled in the wrong fields which have been fixed now. 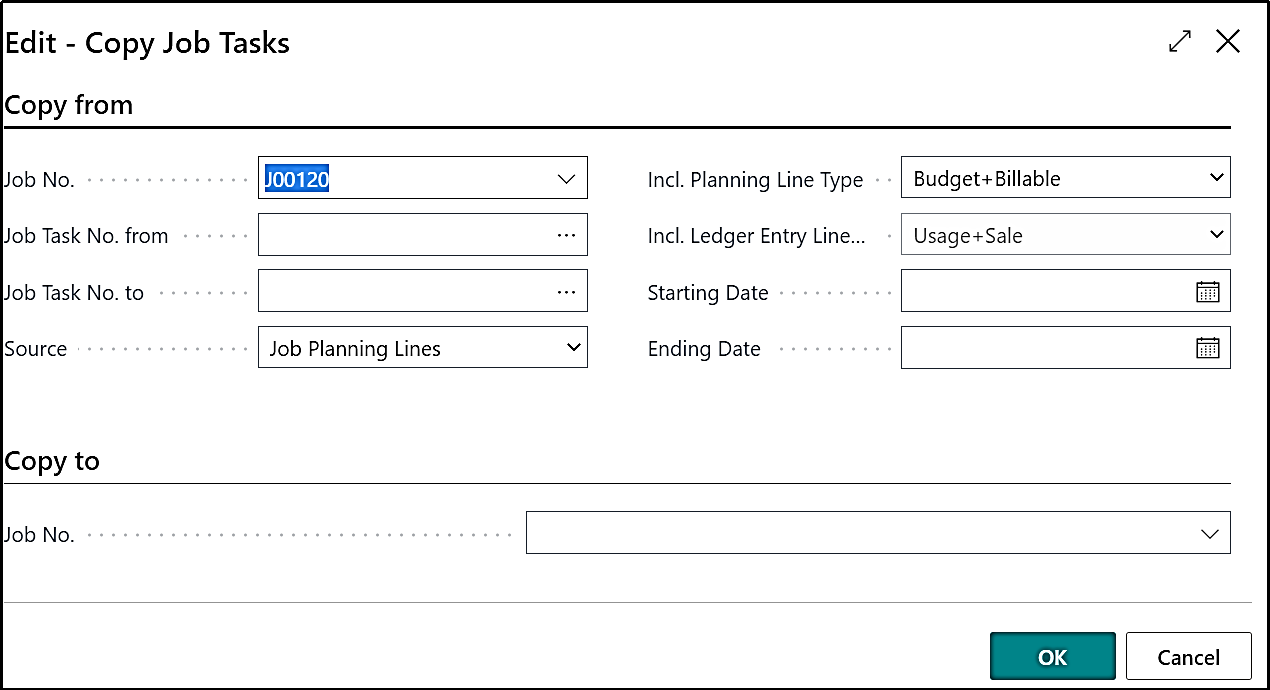 When we were printing the Job Forecast Worksheet with Sub Jobs then the report was coming blank which has been fixed now.

Enhancement - PO should only be created from a subcontract when the status of the subcontract is "order".

Earlier if the status of the “Subcontract” is “Planning” then the “Purchase Order” gets created, but as per the Enhancement done now if the status is in “Planning,” then the system will give “Update”. 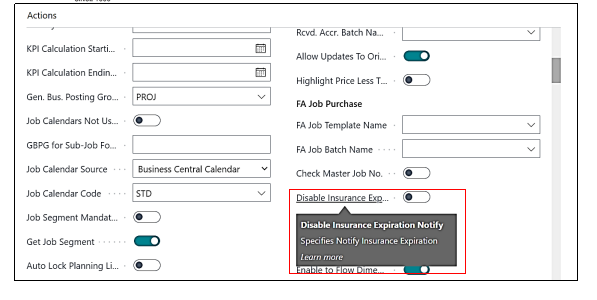 As per the Enhancement done now, the Location Code is flowing from the job planning lines to the subcontract card and Subcontract Purchase Order.

Tax Group Code” was not populating when selecting "Create Job Sales Invoice" from Job Card, this has been fixed now.

Enhancement - Job Posting Group made updating from Quote to Job.

Captions on the revenue Recognition Summery detail page for two fields has been changed.

Task - Progress Bill void does not void sales invoice; System should pop a message when a Progress Bill is voided that attached Sales Invoice to be Voided.

When voiding a progress billing, the related sales invoice is not getting void which has been fixed now, and now the correct update message comes when creating a new version for the progress bill after the sales invoice was posted.

The issue has been fixed now, there is no problem of double-conversion problem on Aging, both reports are now fixed.

Hot Fix - Update PO is not working in case of Subcontract Change order.

Above mentioned issues have been fixed now.

Hot Fix - On the Human Resource setup page the Third table should be "Crew".

On the “Human Resource Setup” Page the caption has been changed as showcased in the screenshot below. 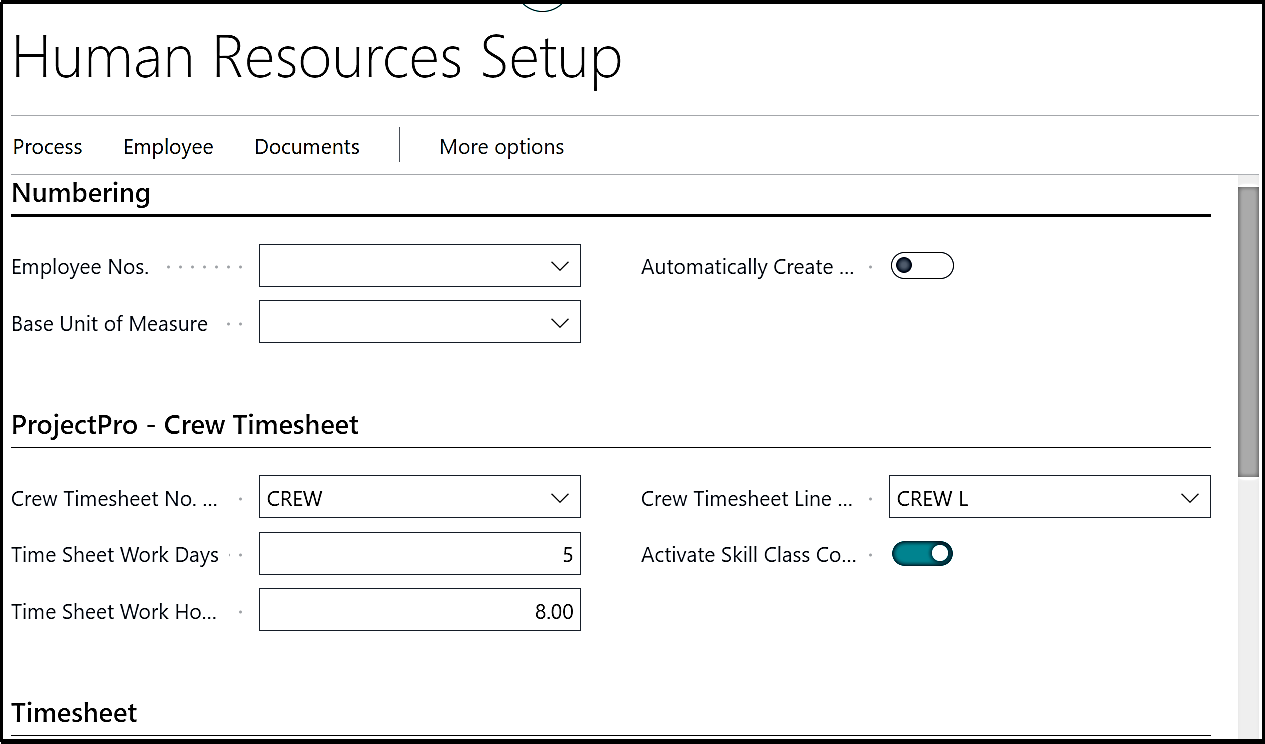 Hot Fix - coming when using the "Get Job Planning Line" function in the Purchase order.

An update was coming while using the “Get Job Planning Line” function in the “Purchase Order”, this has been fixed.

Hot Fix - Revenue Recognition - Batch process. When run should change the "Entry Type" to "Batch" instead of "Finance".

In “Revenue recognition”, when we were running the “Batch Process” the “Entry Type” was getting changed to “Finance” instead of “Batch”, this has been fixed now.