Improvement – Earlier in Job Resource Setup, the Validation Error was coming once the user was creating a new Line before any information is entered, the same has been fixed now.

Progress Billing No. field value should not be copied from the master job.

Task – If the Master job has the Progress Billing No. updated and from that Master Job.

“Cost & Billing Report Detailed” should have a Job No. defaulted when running from the job card.

Task – If we run the “Cost & billing report Detailed” from any “Job card” then the “Job No”. comes by default in the filter now.

Improvement – Improvement has been done, now under the “share” option, the “Send to Excel” function exports the Committed Line List to an excel file. 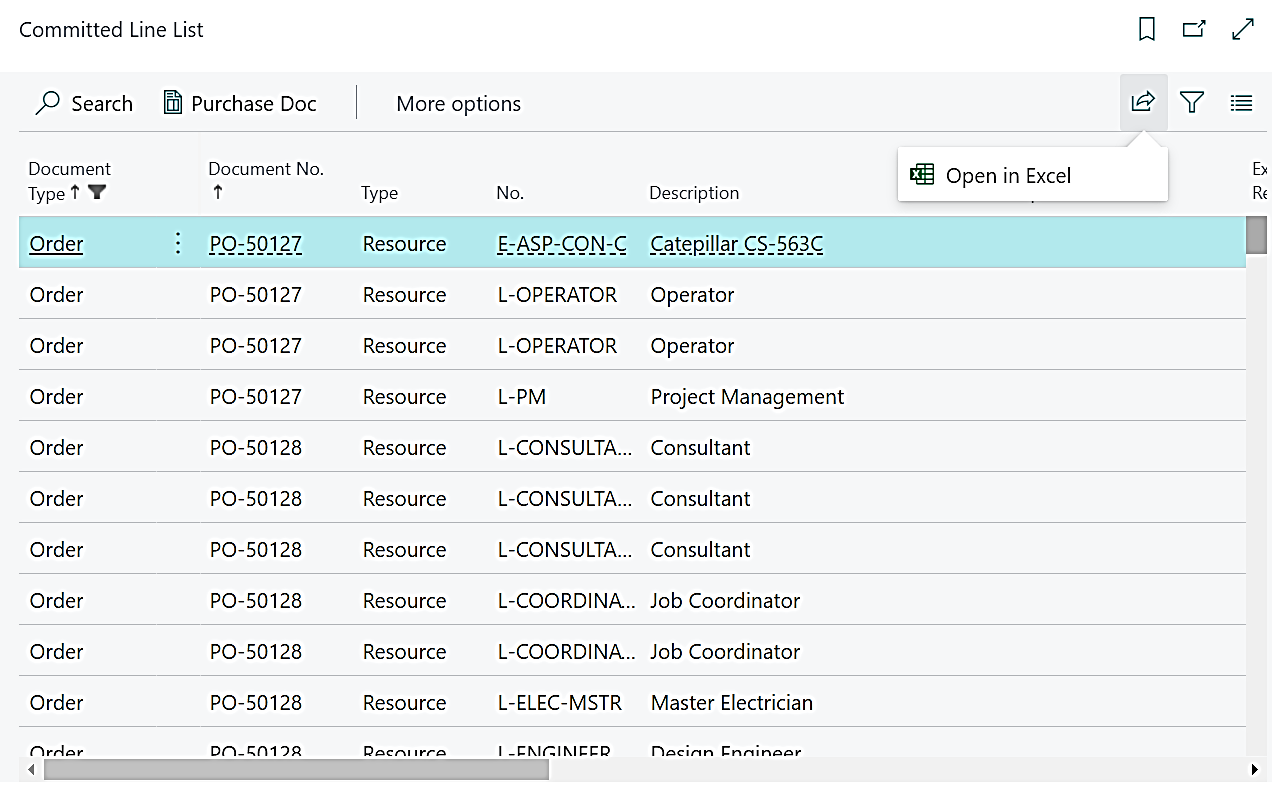 Remove space in between of ProjectPro while copying the Job Tasks.

Improvement – Improvement is done, while copying the Job tasks under Action→Copy→ProjectPro Copy Job task From/To there was a Space between the “ProjectPro”, the space has been removed now.

Improvement – As per the improvement done, a separate Fast Tab for “Crew Time Sheet” on “Human resource Setup page” has now been created.

Hot-Fix – As per the Hot-Fix, if there is any Amendment in Job Planning Line or Assembly BOM Component Lines, then while using “Update Planning Lines” Button system will only fetch changes on “JMP”.

Hot-Fix – As per the Hot-Fix, below mentioned pointers has been fixed.

Hot-Fix – This has been fixed now, skill class if not defined in the Crew timesheet must be filled in the manager timesheet lines. This condition will only work if, in the HR setup, the Boolean is true.

Hot-Fix - The “Post to Labor” function was not working when the “Job Journal” is posted while fulfilling the criteria of the “Job setup”, now this has been fixed.

Hot-Fix – There was a message coming while creating “Purchase Order” in “Job Material Planning” which has been resolved now.