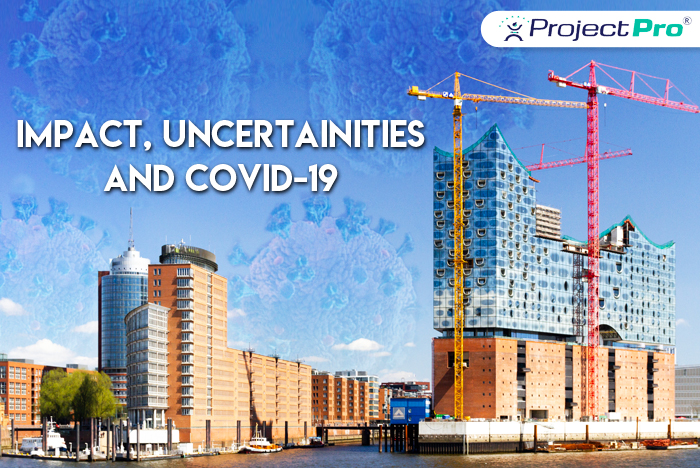 Dealing with the Fallout of Public Construction Projects

The sudden spread of COVID-19 has completely disturbed the economic lifecycle in the United States. With the rapid growth of the contagion, it has left the business devastated for most construction firms and contractors. Moreover, the Federal, State and Local restrictions made to the continuation of construction projects have to lead to massive suspension of the public construction projects.

With continued uncertainty and a negative impact on the construction industry, numerous issues have come to the front amid the crisis. It has not only led the loss of millions of dollars but has severely affected the legal grounds for project contracts.

The laws made to suspend or terminate the construction projects are likely to cause the closing of active contracts.This may cause a need for immediate analysis for each contract due to the unique terms of the agreement and resolving the clashes between both the parties bound to it.

Conventionally, the termination of the contract is made for two reasons; either it is the convenience of both parties or for the cause.

The termination done for a cause is made due to breach of contract which means failure to satisfy any clause of agreement that was mutually signed. It can be anything from a delayed delivery to the lack of resources that the contractor has to face due to COVID-19.

Moreover, some contracts enlist breach of contract in regard to the shortage or unavailability of the specific material. In such a case, considering the current scenario, the contractors should be informed with prior notice so that the breach could be fixed in the time allowed and resist the termination.

Under this, a specific party has the power to terminate the agreement without cause, even when no breach is made. This is done to create an easy way out of contract for the party which may not able to fulfill the requirements of the agreement. However, a formal notice is still necessary along with a mentioned amount of time in which all the process of demobilizing the construction project could be done.

Considering the circumstances COVID-19 has built, emergency powers were activated by the government agencies. These powers allow a single administrator of the project to terminate the contract unilaterally in the best interest of the agency. But still, the Government contractors have to ensure the extent of new ability and awareness of the responsible party.

This particularly involves evaluation of the expenses which are entitled to the Government Contractors in lieu of project suspension. This can include the cost of the material, overhead expenses, the cost associated with delays, and demobilization expenses.

Also, if it needs to lay off workers until the project is suspended or terminated, there has to be a solution to incur the finances. Moreover, it demands a solution for the costs which are pursuant against hard bid and escalated material costs.

Considering all these scenarios, it is completely on the contractor’s end to document all the data related to such expenses even if there are no formal actions made by the government. Though it can be managed by taking advantage of tools like construction accounting software, it still needs a close check to avoid any errors with the documentation. If there is no documented proof of such variance under the reasonable degree of certainty, then the contractors could be forced to incur the costs even when the halt orders are issued by the Government itself.

Not all the uncertainties with the costs need to incur by the contractor itself & Force Majeure is one such clause. For the projects which are led in the public interest such as construction in which Government is involved, Force Majeure excuses a party from the obligations under the contractual terms for the situation of termination is beyond the control for both the parties.

“Acts of God” is one of such clauses as it accounts for unpreventable circumstances caused by nature. However, considering COVID-19 as a part of Force Majeure practice still needs to follow the impressions of a specific language written in the contract.

However, if Force Majeure is not applicable to the agreement as COVID-19 does not satisfy the terms of it, the “impossibility of performance” could function as a contractual obligation which is beyond any party’s control.

Consider the scenario, if the material required for construction is unavailable or the workers required to carry a specific activity were depleted due to COVID-19, it naturally excuses the contractor to have performance inability. On the contrary, the city or county government agency which has the project is excused to pay the contractor if the shutdown orders are issued directly from the state government.

Moreover, the courts could even decide to excuse the agencies or contractors for which the performance is merely profitless or inconvenient, if not impossible. This can also be related to the situation when a government agency is facing a shortage of funds to avail goods or services or do not want to be in a contract for the time contemplated.

Nevertheless, this still allows contractors to recover the costs, loss of revenue, damages caused due to delay, or other reasons to ask for compensation through litigation. In such a case, the fee of the attorney for the prevailing party is also taken under consideration to give any decision.

Also, the contractors who work for the Government can expect to recover the loss through insurance claims even if they were unable to stick to contractual obligations. Besides this, some insurance policies may even have a provision for Force Majeure or similar situations, but the claims could be only made on careful evaluation of the policy terms.

All in all, the unprecedented occurrence of COVID-19 is still full of uncertainties and losses. However, it is very important that stakeholders or people associated with construction projects either private or government should understand their rights and responsibilities that may concern all the parties associated with the contract.

Find your perfect accounting and documentation companion with ProjectPro and save yourself from unwanted liabilities with necessary data at your fingertips. To learn more about ProjectPro, Click Here.

To Schedule a Demo or Request a Quote